Imagine getting land for free, with no strings attached other than to live on it or start a business.

Russia could be doing just that, if President Putin has his way. In an effort to help settle sparsely populated Siberia, a bill making its way through the Russian legislature would offer 2.5 acres of land to anyone, nationals or foreigners, willing to build a home on it or start a business in tourism or agriculture in the Far East.

While foreigners would only be allowed to use the land, they could become owners by naturalizing as Russian citizens. Although the proposal isn’t law yet, it looks like if it does pass they won’t lack for takers.

According to a poll by the Express newspaper, a majority of British citizens would love to take President Putin up on his proposal and emigrate to Russia. In fact, 78 percent of 22,000 respondents answered “Yes! Bargain” in response to the question “Would you move to Russia in exchange for free land?”


“As soon as I read about it, my wife and I discussed it,” Simon Sharp said.

“There’s a certain amount of romanticism. The idea of going back to nature in such a remote area. It would be down to us to test our mettle.

“There’s also definitely disillusionment with the UK, with British life. We’re all subservient, we won’t know what’s going on.”

Other respondents praised Putin for the offer and expressed their admiration for the Russian leader.

“I like Vladimir Putin even more now. Ah, to be 30 years younger. I would be on my way there now,” one said.

Some Express readers are concerned about the future of Britain if it doesn’t vote to leave the EU in its referendum next month.

“It would be a lot better than living under Cameron’s and Corbyn’s EU law [sic],” one reader said.

“Thank you for your kind offer Mr. Putin, if we do not get out of the EU many may be taking up your offer in the future,” another wrote.

Provision of infrastructure. New Bill going through the Duma. May 2016:
http://humanitytakebackyourland.blogspot.co.nz/2016/06/russia-new-bill-to-define-dachas-as.html

All of this is in accordance with Anastasia's recommendations in the Ringing Cedars of Russia books by Vladimir Megre. Please see this link: 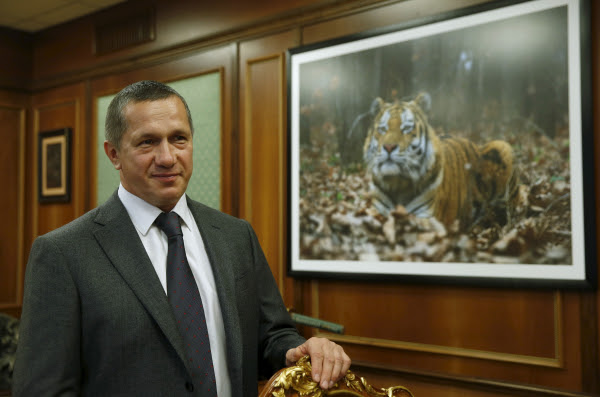