Image - The taiga lies south of the tundra; it occupies the northern 40 per cent of European Russia and extends to cover much of Siberia and Far Eastern Russia.

Social movement:
"Far hectare"  ... OR HOW TO LAND IN THE FAR EAST

On June 1, in all regions of the Far Eastern Federal District, including in the Primorye Territory, the Russians will distribute free land plots for development.

It sounds good, but information about the new law quite a bit - on the internet forums are full of questions about the nuances. "Maritime newspaper" has collected the answers to the most frequent of them.

How much land can be obtained?
The law requires a one-time receipt of one hectare area - no more and no less. Hectare equals 10 thousand square meters. For comparison, a football pitch for international matches has recommended dimensions of just over 0.714 hectares. However, family members (over 18 years) or friends can come together and take a few sites in close proximity to each other. joint household is not prohibited conduct.

What can be done for land?
The land can be used for private farming, the creation of peasant farms, as well as for industrial purposes. The main criterion for operation - there is no contradiction with the law of the Russian Federation.

Whether land is transferred for an everlasting possession?
If the land is idle and not used for other purposes, after five years of land may be granted to the property. With the exception of forest land - at first only be available for rent. To get into the ownership of the forest, you will need to rent a plot for at least 10 years.

Can you build a house on the site?
Yes, but on the condition that a large part of the territory will be ennobled. Strict criteria does not exist yet (they will appear in the process of finalizing the law), but the log house will not be sufficient to deduct all development hectare.

Who will define the border areas?
Area and site configuration will determine the applicants. In their allotments, they will be able to include any restrictions and free of third party rights piece of land. Accordingly, the boundaries marking is a personal matter owners hectares.

To ensure that citizens do not currently have taken too much, will be the administration of rural settlements.

Do I have to pay for staging site and topographic surveys?
No. The applicant is exempt from the inventory work, as a result of which it can bear the financial costs. All expenses will incur municipalities.

Can the ban to build anything on the site, depending on its characteristics and purpose?
The applicant has the right to choose any type of permitted use, even if it does not meet the established categories of land. For example, to build a candle factory on agricultural land as possible. But it is the selected type of permitted use must not conflict with adjacent uses of land - to place a pigsty next to the kindergarten will not work.

Exception - areas of forest land. Use, preservation, protection, reproduction of forests on such land will be carried out in accordance with the requirements of the forest legislation. For example, cut out all the hectares under root and sell the wood for firewood will not work. Implementation of the forest is strictly regulated by the government.


How much land will be distributed in Primorsky Krai?
On the territory of our region - about 648,000 hectares, which the local authorities are willing to provide for distribution within the framework of the law on "Far hectare."

Where in the Primorye will distribute the land in the first place?
Distribution of hectares in the region will start from Khanka district. On its territory there are three large plot on which the June 1, it will be possible to pick up a put - within the boundaries of Novokachalinskogo, Elias and Stone Rybolovskogo rural settlements. Just Khanka district will distribute about 13 thousand hectares. At the same time all the land suitable for agriculture.

How to apply for a plot?
The easiest way - to go to nadalniyvostok.rf site and fill out a form. You can also apply for one of the multipurpose centers of public and municipal services in the community, or contact the administration of the municipality of interest.

Where to participants of the program in the event of disputes or territorial disputes?
For the resolution of all problematic issues will be in charge of administration of rural settlements in the area of ​​responsibility of which is land disgruntled citizen. If the local authorities do not cope with their work, you can contact the Department of Land and Property Relations of the Primorsky Territory.

Would it be possible to apply for free hectare for the second time?
No. Federal law requires a one-time allocation of land plots to citizens. So, get yourself plots in different parts of DFO will not work. And the chance to "replay" the choice will not be so to a decision on an application for a plot of land in a particular municipality is approached with maximum responsibility.

Who will see to it that the law on "Far hectare" was executed as it should?
The Federation Council (FC) has established a working group on monitoring of the application of the law. It is composed of representatives of the Federation Council, as well as on the development of human capital of the Agency in the Far East, the Ministry of Construction and Housing and Communal Services and the Ministry of Development of the Far East.

It is important that the law was supplemented by rules on the provision of infrastructure, provided that a number are located more than 20 sites. Of course, this should be done. Problem areas and the heads of the governor - to fight for the people in the presence of such a large amount of land


Ivan Starikov, director of the Center for Economic Strategies Institute of Economics:


"In the decision to distribute free acres in the Far East, a lot of critics, but the potential benefits, it seems to me to outweigh the risks. It is difficult to expect that the residents of Moscow will go en masse to develop Far Eastern expanse, but for the population monocities law "about a hectare," - this is a chance to "re-life", to switch to a completely new activity. It should be fixed to the first settlers, the popular rumor goes, and then the influx of new people to the Far East can become a stable process that will eventually lead to solving the problem of sparse population, increase economic opportunities of Russia in the Asia-Pacific region."


Law liberate the entrepreneurial initiative, to a great extent will provide self-employment in the face of the deteriorating labor market. If you help the citizens with the decision of problems of infrastructure, then the results will be impressive - I am convinced of this. 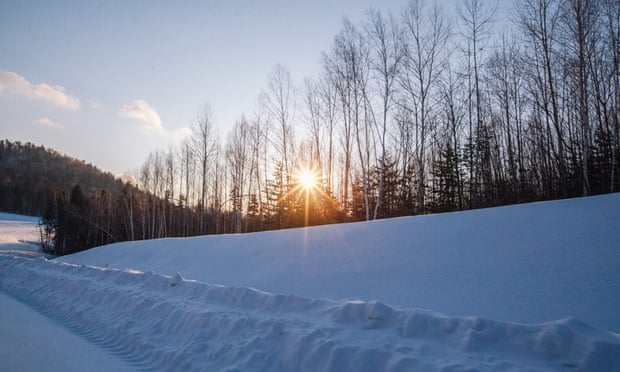